REWILD is the latest campaign from creative initiative Splash and Burn, and Spanish artist ESCIF. Splash and Burn uses Art as an alternative platform projecting critical ecological issues, curated by Ernest Zacharevic and coordinated by Charlotte Pyatt. As with every Splash and Burn Art project, REWILD serves to highlight and bring worldwide attention to the loss of forest habitat on the Indonesian island of Sumatra. 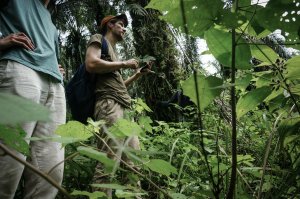 The Indonesian island of Sumatra has lost over 40 percent of its forest in the last 2 decades to palm oil, paper pulp and rubber plantations. The Sumatran Orangutan Society and its partners are working to turn back the clock on deforestation by reclaiming barren land to restore it to rainforest – vital habitat for Orangutan, Tigers, Rhinos, Elephants and countless other species.

Escif’s artist intervention ‘Rewild’ is a play on the word Rewind and is inspired by the upcoming UN Decade on Ecosystem Restoration, reflecting on the warning that we have just 12 years before climate change reaches a point that would trigger a global catastrophe.

“The idea of going back, of rewinding is an invitation to reconnect with ourselves; to recover awareness and respect for the earth, which is the ecosystem of which we are part” ESCIF 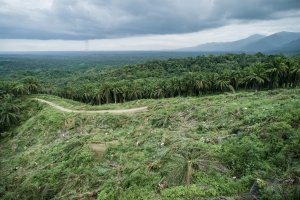 ESCIF’s vision carved the Rewind symbol into a palm oil plantation in Sumatra, Indonesia, within a new forest restoration site covering 360 hectares. The intervention by ESCIF neighbours the border of the Leuser Ecosystem. 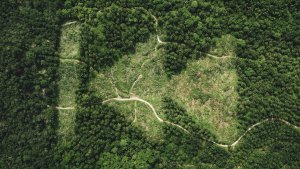 It was proceeded by a number of interventions along the way, playful murals reflecting on the relationship of the natural land and consumerism … 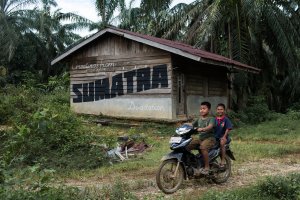 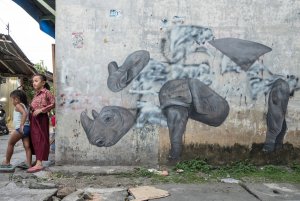 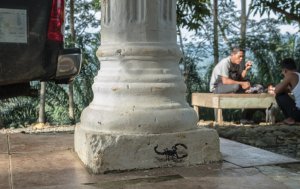 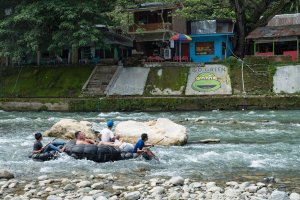 The Leuser Ecosystem is one of the most important biodiverse forests left in Southeast Asia, particularly because of its size and quality to support viable populations of rare species like Sumatran tigers, orangutans, rhinos, elephants, clouded leopards and sun bears. All of which are at extreme risks of becoming extinct in the wild. The Leuser Ecosystem is home to a diverse range of rural communities, such as the many of whom have lived in the region for generations and depend on the uniquely biodiverse forest ecosystem for their food and livelihoods.

“With the release of the project we hope to raise awareness for the CALL TO ACTION, a pledge to reforest the reclaimed land we have been working to REWILD starting with last years intervention from our project curator Ernest Zacharevic. They have amassed incredible support in purchasing the land for restoration but funds are still needed to return the land to a thriving ecosystem Text MORETREES to 70085 to give £5 or go to moretrees.info to plant a tree and #rewildsumatra” Creative initiative Splash and Burn 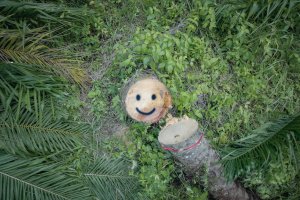 The release will be accompanied by a short art film reflecting on REWILD coming soon. The project is supported by Lavazza and is produced by Studio Birthplace. The film will feature an abstract soundscape by Indonesian composer and DIY ethnomusicologist Nursalim Yadi Anugerach.

Check out other projects covered by the creative initiative Splash and Burn we have covered in our blogs here. 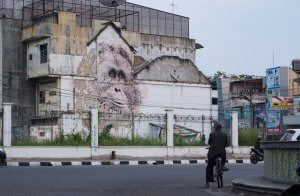 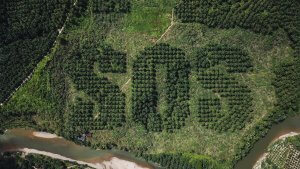 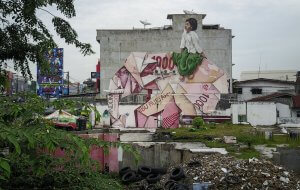 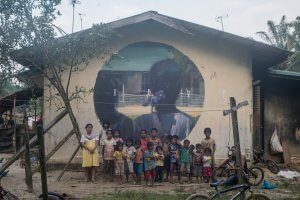 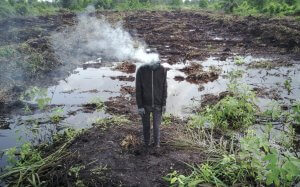 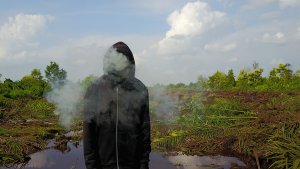 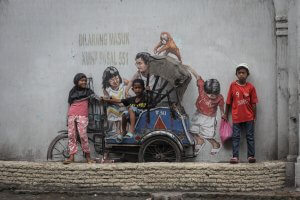 Text MORETREES to 70085 to give £5 or go to moretrees.info to plant a tree and #rewildsumatra”